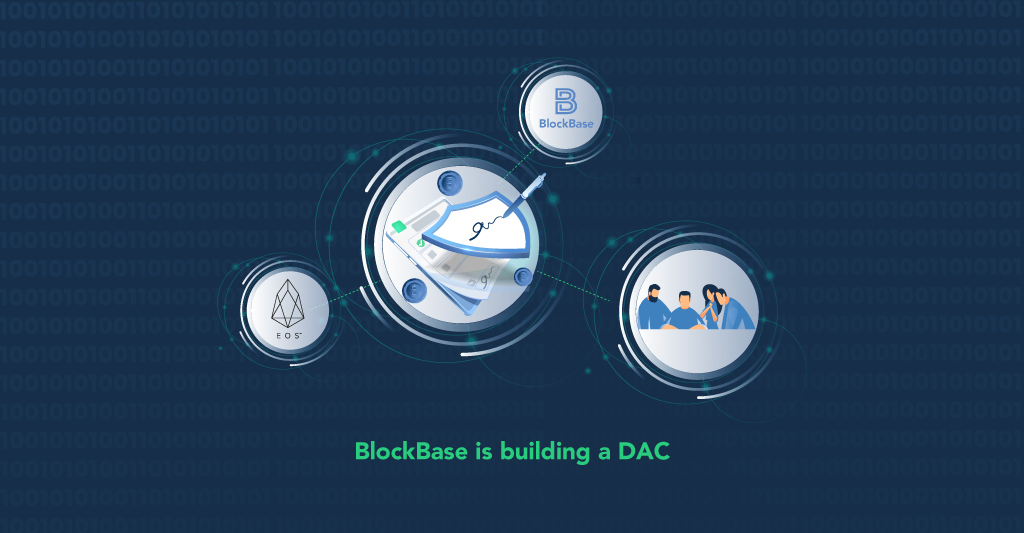 BlockBase is building a DAC

The BlockBase team is thrilled to announce that it is decentralizing its endeavors! We are building a DAC (Decentralized Autonomous Corporation) so that the community can participate on the future of BlockBase. We have been planning this for many months, and now we are ready to move forward. Decentralizing BlockBase should be very healthy for the project long term, because instead of having just one company working on the development of the platform, it will attract talent from the whole community.

This will also facilitate the distribution of BBT (BlockBase tokens). BBT has a finite supply of 100 Million tokens, and the BlockBase team has been distributing them since October 2019. We started with an airgrab that lasted 7 months, during which 30% of the tokens were distributed to the community. This airgrab was halted at the seventh month for many reasons, from which the most important one was that the airgrab wasn’t contributing to the adoption of the technology by the community.

We then announced the kickstart of the blockbase network, through which we continued the token distribution, by issuing a sidechain for us and as such distributing the tokens to the service providers. The main idea was to distribute tokens to the ones who were interested in using the software in the first place. This proved to be a great initiative. The community responded, and in no time, we had the service providers we needed for the sidechain. Currently there are 25 providers running the BlockBase network, and they have been running for almost 8 months now!

Now we want to take this a step further. We want to bring the community closer to the project and foster a collaboration for the future. This is why we are building a DAC. Having talent from various types of backgrounds will bring new insights to BlockBase. Also, it might help with the adoption of the technology, through DAC driven partnerships with different EOSIO projects.

Furthermore, we feel that this approach will be a great way to continue the distribution of the BlockBase tokens. We want to distribute still 41.8% of the 100 Million token supply, and the goal is to distribute those to the DAC and to the network. Our current distribution plan is as follows:

Notice we’re 1.2% down from 43% as planned, and this is due to tokens that have already been distributed this year. This distribution will be locked into two different smart contracts, that will release to the DAC the corresponding yearly amounts in a monthly fashion. This means that as the year progresses, the DAC will be able to access the funds in proportion to the time that has already passed for that year. The DAC will then decide independently what to do with those tokens. The DAC will have a constitution, and by signing it the DAC members/custodians agree to use those tokens in the best interest of the project.

The distribution will take 10 years, after which it will be finished. Some might argue that 10 years is too long, others that it is too short. We needed to pick a timeline, and from our perspective blockchain adoption will still take many years, nonetheless 10 years should be more than enough to determine if BlockBase adoption succeeded or failed.

We will use Daclify for our DAC. Key members from the BlockBase team will have veto power at the start, only to avoid edge case disaster scenarios, but which will be removed as soon as the DAC is stable. Having said that, the DAC should be decentralized from the start, and the intervention with veto will be used only as last resort.

Anyone can participate on the DAC as a custodian or as a DAC member! A custodian position should be harder to obtain because the number of voters will grow slowly. But anyone can register as a DAC member and contribute to the project!

The details of how to enter the DAC and participate on it will be shared soon.

The BlockBase team will continue doing what it does best. We are backed by the consulting company agap2IT, and therefore we will continue improving the software, and contributing with new projects that use the platform.

If you want to use the BlockBase technology for data storage or be a service provider and don’t know where to start, make sure to reach us. You can also find a lot of useful information on the explore section of the website.