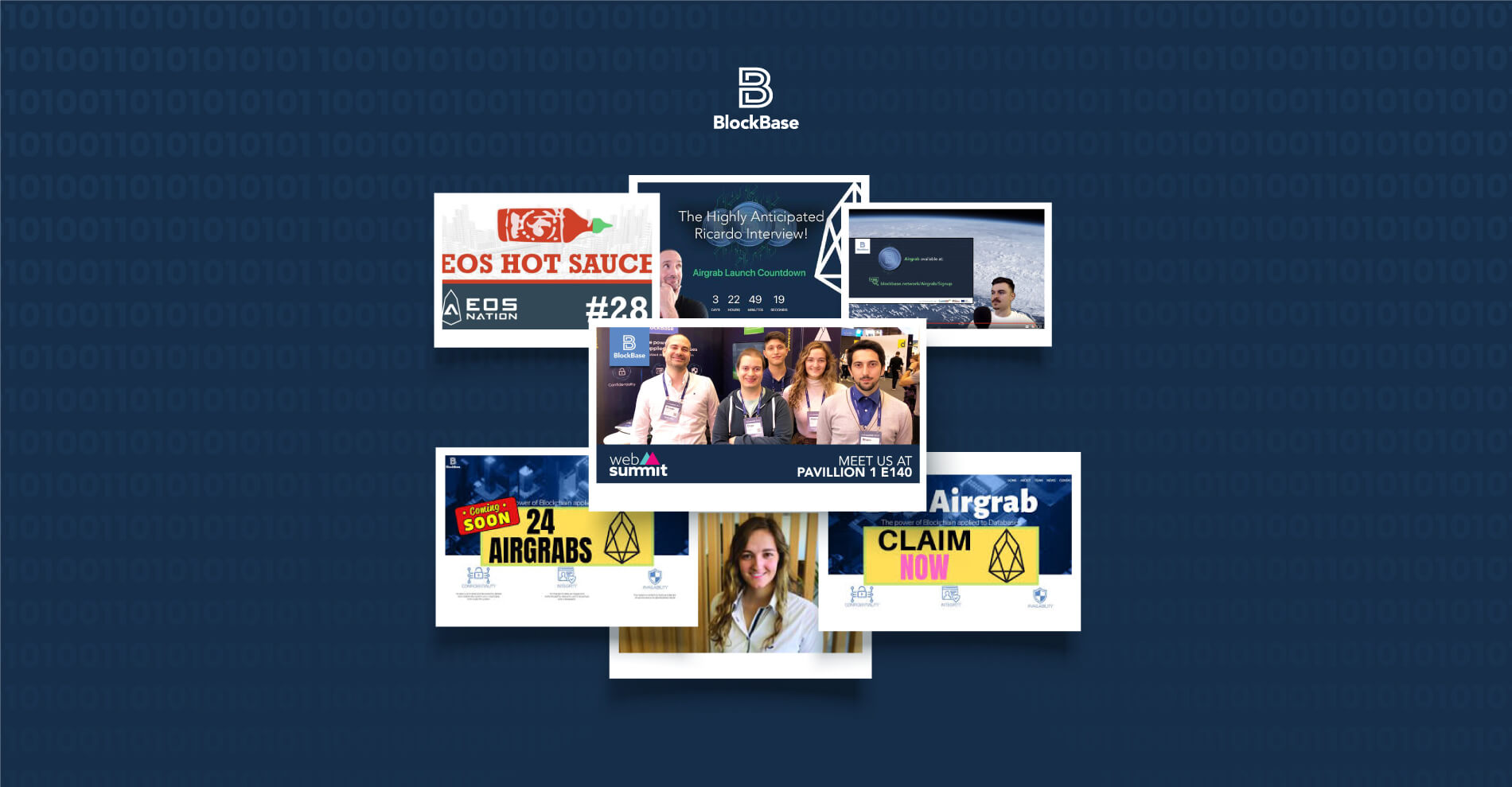 BlockBase Year One in Review

BlockBase has earned its deserved attention on the EOS community and on the tech media this first year of project development. Being an innovative project for the secure storage of databases on blockchain, that was also funded by the EU, and that brought a new airgrab model for its token, brought a lot of interest from the public. Many things have happened during the last year.

Initially, BlockBase's communication was local and targeted to the public IT sector in Portugal, the country where it originates from. It positioned itself as one of the main blockchain projects in the country, and got featured on many national news media on innovation and technology, as the likes of CIO and IT Insights. There were also various opinion articles from the team members that got published: Ricardo Schiller on Económico, Bruno Pires on Computerworld and Márcia Policarpo on Sapo Tek.

Since this summer, BlockBase gained the attention of the EOS community, after choosing EOSIO for their base technology. Also, its new airgrab model caught the eye of EOS Hot Sauce from EOS Nation and well-known crypto enthusiasts such as EOSIO Inside and reputed media like EOS Go and EOS Writer.

The interest on BlockBase kept growing as the EU Funded platform was made known to more EOS experts. Hodl EOS featured us on one of its videos, Crypto Tim had a video on our airgrab model, and MaxDapp talked about us, and we also had the pleasure of being interviewed by mBlu Crypto just before the start of the first monthly airgrab. This airgrab started on the 8th of October and on the first 24 hours it had over four thousand registrations.

In November we were once again interviewed, but this time by Costa Crypto. It was an interesting and fun conversation, where we talked about the past, present, and future of BlockBase.

Costa Crypto - Could EU funded BlockBase be the next killer EOSIO app?

BlockBase’s team has adopted various strategies to grow and meet new people. That was the case of our presence on Web Summit 2019, from the 5th to the 8th of November in Lisbon. Although not a blockchain focused event, our stand was visited my many people from different backgrounds and knowledge bases. We had also the pleasure to talk to Gin Chao, Binance’s Chief Strategy Officer.

The interest on the platform keeps growing and BlockBase’s team will maintain its main objective: develop BlockBase tech and make it grow. You can follow these developments on our telegram and on our subreddit.